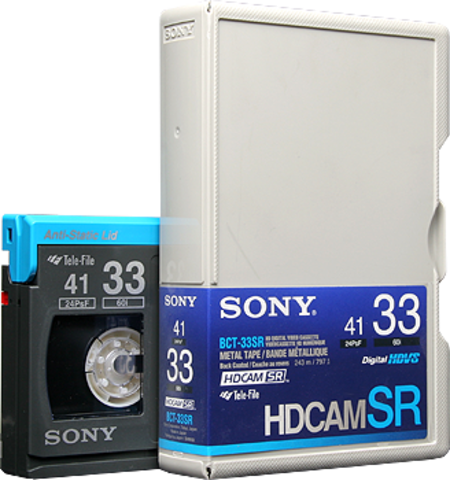 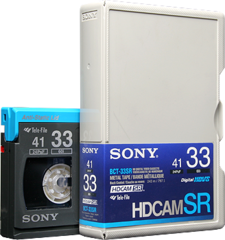 HDCAM SR is a sophisticated format that allows you view recorded footage with more clarity and color than ever before. HDCAM SR in 2003 was an improvement from HDCAM from 1997 and now has even more features enabled for aspiring cameramen and even professionals who work in filming and editing every day. What are some of the best advantages of using HDCAM SR cassette format?

First, there is more capacity for higher quality footage and greater storage capacity per cassette. HDCAM SR is so technologically advanced that this is the same format that networks use when filming their weekly dramatic series. This is also the same technology that brings wildlife programming to you on cable channels. HDCAM SR provides excellent-quality digital production, high-resolution film transfer work and a 12-channel audio mastering capability.

HDCAM SR answered a need that was being expressed by prominent content producers, stating that they wanted more headroom in digital recordings. Sony is one of the latest companies to jump on the HD bandwagon with their own HDCAM SR system. HDCAM SR tapes offer a much greater storage capacity and higher data transfer rates with cleaner quality thanks to MPEG-4 compression. They can also record either RGB 4:4:4 or component 4:2:2 high-definition video at a high megabits per second ration; some units go as high as 440 Mbits while others go up to 800! Additionally, this format offers an integrated video encoding-decoding chipset that helps users to create visually "lossless" images.

Every frame on HDCAM SR consists of 24 helical tracks and errors are minimized thanks to data shuffling. Experts state that the HDCAM SR format is at least 3.5 times better than that of its closest competitor, the standard HDCAM format first released in 1997. This capability allows for frame-accurate editing, a feature that is lacking in most other DV camcorders, and certainly when dealing with High Definition.

HDCAM SR offers more stability and more power when you film your projects. If you are interested in filming, video journalism or other semi-professional opportunities, an HDCAM SR is the best way to upgrade your own image from that of an amateur to that of a professional.