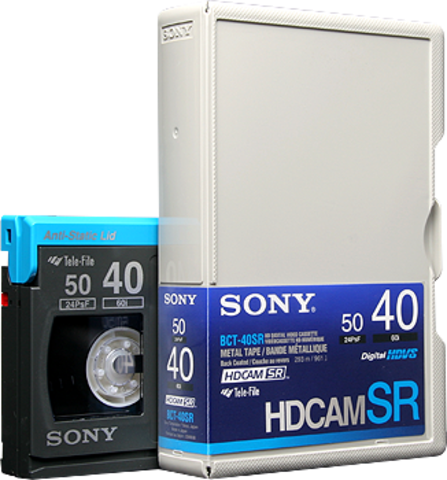 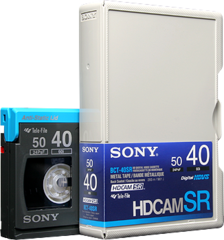 Why Should You Shoot With HDCAM SR?

Everybody is shooting their projects in HDCAM SR tape format these days. Why not? High Definition certainly offers some tremendous advantages. The first point to understanding High Definition is that it offers much higher resolution than ordinary video, even digital video. Additionally, digital content requires less bandwidth if sufficient video compression is used. This explains why it's not a problem to broadcast hundreds of channels of HDTV on satellite television. What are the best features of HD format?

You get much higher resolution, such as a 1280 x 720 picture, which will provide you with more image and much more detailed colors. High Definition format also provides progressive scanning and interlaced scanning as well as higher frame rates per second. Many of the major networks are now broadcasting their most popular shows in HDTV. The biggest studios in the industry are relying on HD format through HD DV camcorders and Digital Betacam cameras. The professionals always use HDCAM SR tapes for the highest quality. Whether they are shooting situation comedies or nature shows and natural wildlife, it is important to get a higher caliber of resolution to create a clearer, crisper picture.

HDCAM SR tapes are the tapes commonly used with HD format, as they enhance the quality of compression and storage, just as HD cameras enhance the filming quality. HDCAM SR tapes offer a data rate of over 800 megabits and allow for more capture of bandwidth. HDCAM SR tapes use MPEG-4 compression format, which is state of the art technology that is both superior in technical operation and universal when it comes to working on a number of platforms.

Additionally, HDCAM SR tapes are made using ceramic armor metal particles. This allows better magnetism of the coated layer, which helps in durability and in noise filtering. Because of their superior technology, HDCAM SR can be expensive, at least to the average shopper who is used to buying standard DV tapes. HDCAM SR tapes can cost you upwards of $200 for a full two hours of content. HDCAM SR tapes may not be cheap but once you see the results on your computer or television you will appreciate the difference.