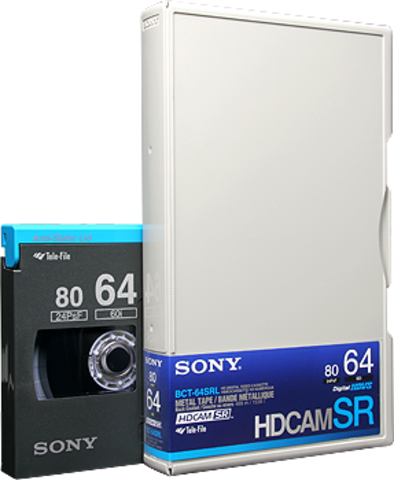 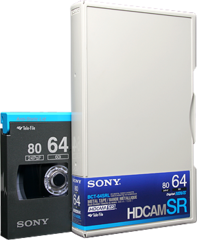 What is the Advantage of HDCAM SR?

HDCAM SR is the continuation of HDCAM tapes, a technology first introduced in 1997 but then reinvented in 2003. HDCAM tapes were made for Digital Betacam camcorders. In 2003 these High Definition tapes were introduced to the professional market. What makes HDCAM SR tapes so sophisticated? The new tapes offered a total data rate of over 800 megabits and allowed the capture of more bandwidth of an HDSDI signal. The fact that HDCAM SR used an MPEG-4 compression format was also very significant, as this is the best format for preserving quality even after editing.

Many working professionals in the entertainment industry like using HDCAM SR tapes because of their reliability and high quality. The best HDCAM SR tapes can provide over 60 minutes of HD/HDTV recording time. Ceramic armor metal particles are used in the construction of these tapes to allow for a maximum level of output and to filter out noise. (The metal particles improve the magnetism of the coating layer) These tapes are also more durable, even in less than ideal circumstances, such as exterior shooting or long time storage for archival purposes.

HDCAM SR tapes are used in the filming of most television programs, many of which now say they are broadcast in HDTV (High Definition Television). The high quality of the tapes, which allows for better quality video and less noise, can be expensive. Even six minutes of recording time will cost you over $40 while two hours may cost about $200. MPEG-4 is regarded as a state of the art algorithm not only for its high quality but also for its universal acceptance on practically any medium. It allows for recording of full bandwidth images with no losses, as would be expected by other formats.

You can understand why HDCAM SR is the choice for professionals who work regularly with editing. Now you can have the same quality as the programs you see on TV with HDCAM SR tapes. You can buy HDCAM SR tapes at TapeOnline and know you'll be getting the highest quality cassettes at the best price.